The need for a long-term approach was laid bare at Redditch Borough Council’s budget setting meeting last night (Monday 22 February 2021) as local Conservatives passed a balanced and sensible budget, which also brought forward much needed investments into electric vehicle charging infrastructure with £160,000 allocated to install electric charging points within the Borough as well as a £400,000 investment into parking improvements.

“We are addressing key concerns for our residents through investing in a long-term approach. As a council that has enacted a Climate Emergency we are investing in the future of transport with more electric car charging points and better parking provision”

The parks are due for additional investment also with a new café and toilets facility going ahead at Morton Stanley Park and investment into footpaths and sustainable travel through Arrow Valley Country Park, which is about to open a brand new playground as soon as government guidelines allow.

All of these services, plus vitally important services to help people in poverty, homelessness and more were safeguarded in a balanced budget that asks for around £3.89 per year (32p per month) extra from occupiers of a Band B property, or £5 per year (41p per month) for a Band D property.

The budget comes almost a month after Redditch submitted its bid to the government as part of the Towns Fund, based on a bold Town Improvement Plan including investments into the train station and town centre. Plans include a proposal to move the library into the Town Hall and replace the current building with a public square, enabling more outdoor cafe culture and retail, which is much-needed in the post-COVID economy.

Comments in support of the regeneration vision include these remarks from a 55 year old local woman:

“Redditch needs rapid reinvestment to make it feel safe, modern, more upmarket and a dynamic place to live and work. It is looking run down. You must not lose the library; it must be housed somewhere. Train services are very poor making commuting a nightmare. Improve the station and train services so less people need to drive to work.”

Another comment left by a 72 year old local woman added:

Need to keep the town looking as good as possible & not decay. Attract more shops & entice people to go into the town. It used to be a vibrant place with a variety of shops & a nice place to sit in or just wander round. It used to have a good market & foodhall which were very popular. Redditch needs that again. If regeneration is not implemented Redditch will decay into a run down town with no attraction to entice people to go.

As part of the budget process an allocation of £2m has been made to support regeneration activities. If the town’s bid to the Towns Fund is successful it will see nearly £25m invested into a range of projects.

The budget also included a £54,000 saving on the cost of agency staff and vehicle hire, and over £45,000 saved in the back office without affecting front-line service delivery. The total level of savings and efficiencies achieved comes to over £1.1m, which will help the authority balance the books and move away from the precarious financial position it inherited from the Labour administration in 2018.

An alternative budget proposed by the Labour group would have resulted in lower revenues for the authority without any savings to balance the lost revenue, instead depending on drawing from near-exhausted balances and calling for the government to bail out the authority if it goes bankrupt, a move criticised by Conservative councillors on the night and afterwards.

“Labour’s proposals to decrease revenue without offering any savings would have created a £450,000 black hole in the council’s finances with no suggestion from them on how they would fill it. In contrast to our budget, which safeguards services at a time when our residents are going to need them the most.”

Turning to the regeneration of Redditch, Matt said:

“The best thing we can do to support people in getting away from COVID-19 is provide better opportunities for local businesses, invest in skills and enabling strategies for good quality work that will pay good wages. We’ve been doing that already, and our latest investments along with our bid to the Towns Fund will help us to enable more opportunities for everyone so we can build back better. 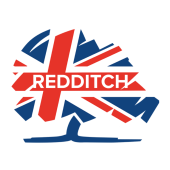